When M&A transactions are being prepared, insight into key business data relating to the company being acquired is crucial. A number of legal service providers such as Legadex are increasingly using the scope provided by artificial intelligence (AI), and data analytics in particular, to prepare virtual datarooms, business divestments and legal due diligence analyses. So what do advisers working on post-deal integrations think about the use of business data and AI to enhance the quality of their services? Luc van Daele (Legadex) and Tim Jansen asked Harold de Bruijn and Evert Oosterhuis, both partners in IntegrationPeople.

Research shows that as many as 60-85% of acquisitions don’t generate any long-term economic value. Harold de Bruijn and Evert Oosterhuis are convinced that this percentage can be reduced if preparations for the integration are started during the DD process and more use is made of data analysis and artificial intelligence. “Buying a company is often a testosterone-fuelled event,” says Oosterhuis. “You’ve therefore got to back decisions with hard data, since emotion isn’t a good basis for decision-making,” De Bruijn adds.

According to the partners, acquisition processes are influenced by various factors which not only slow down the transaction process but also obstruct post-acquisition integration. “A due diligence study will generally only give potential buyers information in aggregate form, on customer or employee satisfaction, for example,” De Bruijn explains. “This is of course logical from the vendor’s point of view. After all, if the deal is pulled or you’re negotiating with more than one potential buyer, you’ll naturally want to prevent competitors getting hold of detailed information about your business. Which is why during the transaction process, vendors generally don’t share their client lists or details about the performance of individual production plants, only trend-based data showing whether productivity or the client base is going up or down, for example.”

In practice, De Bruijn and Oosterhuis find that this understandable desire to protect business data has the unintended effect of slowing down or even blocking acquisition synergies. If specific information about customer relationships isn’t available as soon as the deal is closed, then valuable time is lost. “Ideally, you want to know which customers are at risk. Then when the acquisition has been completed you can pursue a targeted policy to keep these clients on board to maintain the value of the business you’ve acquired,” says De Bruijn. AI tools and data analysis can play an important role in preparing for this, as part of an integration DD. “For example, by quickly identifying which clients have a change-of-control clause in their contracts, although the use of these tools certainly isn’t restricted to legal aspects. They could, for example, also be used to support visit reports by account managers.” The partners additionally recommend keeping an eye on social media. “Statements by clients, employees and/or competitors not only yield useful information, they can also give you insight into trends. Social media and other unstructured sources of information aren’t currently properly exploited, although it would be fairly easy to do so using existing technology.”

Acquisition agreements often include earn-out arrangements and client retention clauses. The problem, however, is that there is often uncertainty about the underlying measurement intervals or methods, according to the IntegrationPeople partners. They therefore recommend agreeing clear definitions at an early stage, during the integration DD, and ‘freezing’ the datasets as soon as the deal is closed in order to establish the baseline. “Put simply, you want to be able to say: if the number of clients goes down by X within timeframe Y, then the reduction on the purchase price will be Z. Such agreements require a lot of data to take a reliable snapshot of the company. Once you’ve got that, it takes away all the haggling over the post-closing conditions, leaving you to focus fully on the integration itself,” De Bruijn maintains.

Ideally, you want to know which customers are at risk. Then when the acquisition has been completed you can pursue a targeted policy to keep these clients on board to maintain the value of the business you’ve acquired.

Circumventing office politics
Reaching clear agreements of this kind requires a fundamentally different approach to (vendor) due diligence, Oosterhuis adds. “At the moment, you have to get all the information you need from the vendor. As an adviser, you may need to contact the sales department in another country, such as Brazil, to gather information about the company’s local turnover and cost evolution,” says Oosterhuis. “That potentially brings you up against two problems. First, you can’t tell your contacts anything about the deal, which means you also can’t ask them anything. Second, they may have an interest in presenting the data in an overly positive light. By massaging productivity definitions or manipulating timeframes, they may make the data look a lot better, perhaps in the hope of saving their own jobs or the local production plant.” If, on the other hand, you have access to source data as a basis for data analysis, you can circumvent these office politics in both the pre- and post-transaction phase.

“This shifts the balance of power in a transaction and increases transparency,” says De Bruijn, who remembers a case where the availability of source data proved decisive. Two companies negotiating a merger each had a long-term relationship with a different tyre supplier. Both parties put forward unsubstantiated arguments for hanging on to their own supplier following the transaction. One claim was that the tyres produced by the acquiree’s supplier wouldn’t fit the acquirer’s trucks. This turned out to be nonsense. Since all the data on both suppliers was available, it was quickly established that they both produced tyres of similar quality but that one was significantly cheaper. In this case, the availability of hard data made it easy to decide which supplier to go with.

The duo often sees instances where emotional arguments can get in the way of a smooth integration. De Bruijn: “As the lead party, the acquiring party can be too proud to admit that a facility it operates may be less effective than a comparable one run by the company it’s acquiring. Or its procurement team may be too attached to the annual sailing trip organised by their existing supplier. Source data can help you to get round these emotional factors.”

Prevent the loss of relevant knowledge

The two integration specialists believe that such decisions should be taken promptly as soon as the deal is signed and that they should be prepared in advance. Evert Oosterhuis argues that preparations for integration during the due diligence phase, together with the 120 days of activity before and after a takeover, are crucial. “You’ve got to maintain the momentum surrounding the deal, for which good preparation is essential.” “Ideally, you’ll have prepared the integration during the due diligence phase. This includes aspects like assessing the entire real estate portfolio, including contract terms and expiry dates, or reviewing the workforce, as well as external contract staff. This gives the buyer a clear basis for further analysis and swift decision-making.”

One problem identified by the partners is the loss of relevant knowledge following an acquisition. The deal is generally closed by a small team – “usually only two to three people on each side, assisted by a modest army of lawyers, tax consultants and accountants. External hires usually leave as soon as the deal is done,” De Bruijn explains, “and little, if any, of their knowledge is transferred. Datarooms are closed down, with the result that the information they contain has to be built up again after the acquisition.”

A lot of time can be saved by keeping this information accessible, although not necessarily through a virtual dataroom. For example, when mortgage portfolios are sold, data is often located in different systems. Oosterhuis: “AI tools can help you analyse business documents by means of cross-referencing prior to an acquisition. Once a deal has been completed, you as the acquiring party will want to quickly access the underlying documentation, so the information on which the acquisition is based must be traceable.”

Don’t leave integration to the CEO

“The trouble is that after the deal’s been signed, their time is often completely taken up by issues that have previously had to take a back seat. A designated integration manager can bring the knowledge of those who weren’t involved with the deal up to speed more quickly, ensure decisions are based on facts/data, mitigate risks identified in the integration DD phase and maintain momentum, which will accelerate the integration and make synergies easier to achieve.

If you don’t use data analysis or artificial intelligence during complex acquisitions, you are taking a needless risk, say Oosterhuis and De Bruijn. “It’s like putting on blinkers,” Oosterhuis points out. Fortunately, he thinks companies are increasingly looking to technological support to prevent value destruction. “It helps that insights gained through data analysis and AI aren’t just being delivered faster but are also improving in quality. The changes we’ll be seeing in this sphere will be substantial, and they’re still in their infancy.”

According to the partners, carve-outs pose specific problems. “It’s generally not very clear exactly what is being sold,” Oosterhuis points out. The relationship between the activities to be divested and the parent organisation often hasn’t been fully mapped out. “This includes aspects such as software licences, permits or the reallocation of employees who work for both organisations and the associated costs,” De Bruijn adds, based upon his carve-out experience. The acquirer will want to have a clear picture of these operational risks, since any uncertainties will result in a reduced offer price. A thorough data analysis in advance makes it easier to separate and market different components of a business and ensure operational continuity after the deal has been completed.

Read the article here on the website of Legadex. 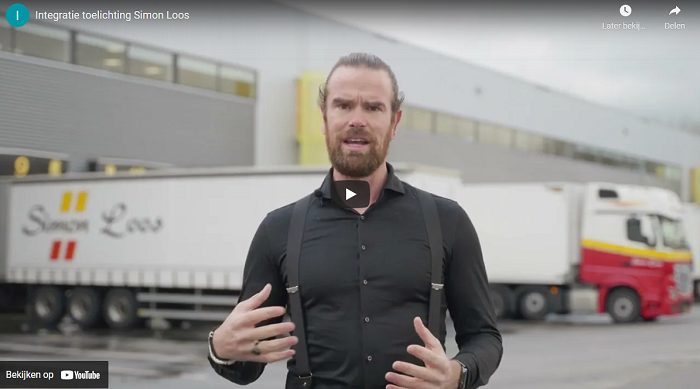 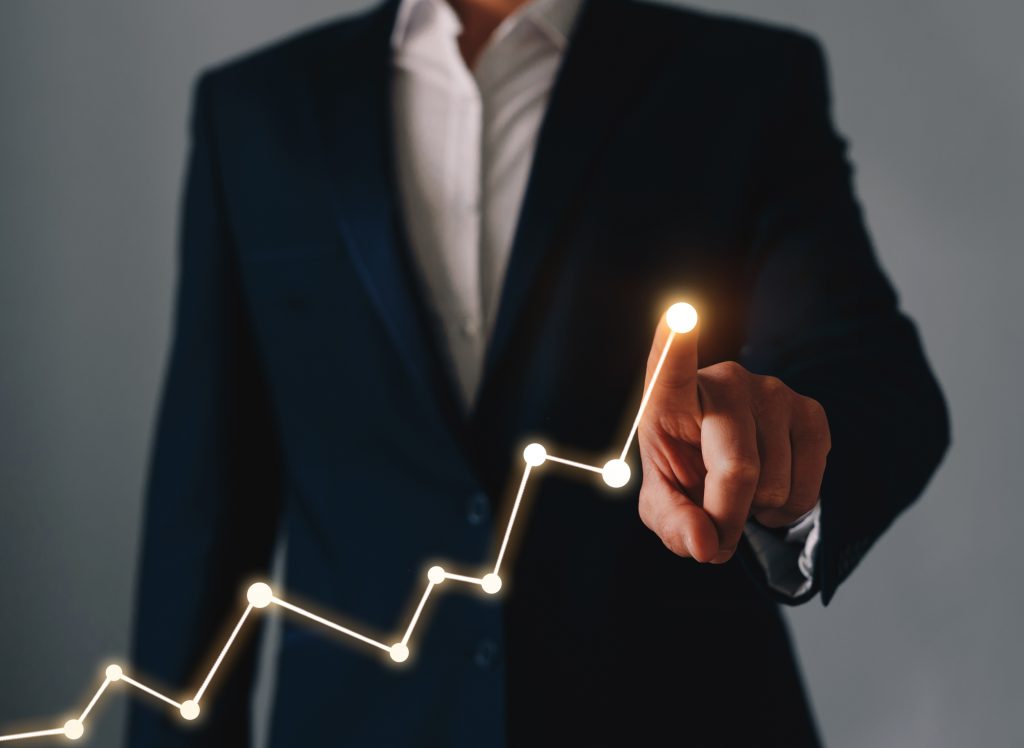 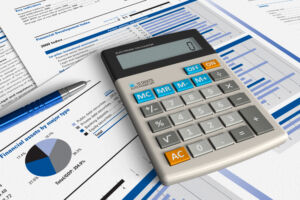